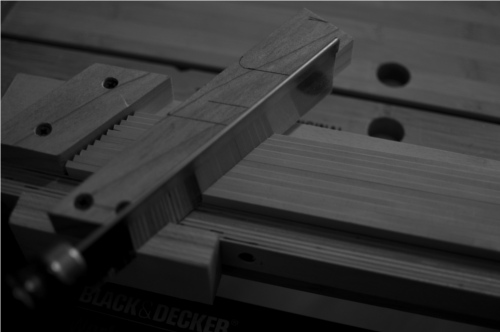 With the kumiko strips precisely thicknessed, I gather them into small bunches in order to cut the joints that will hold them together in a diamond-shaped lattice.

Three strips cross each other at every meeting place.  To make this work, one-third of each strip is kept intact and the other two-thirds removed.  The third left intact must be positioned at a different height in each strip so that it may pass through the joint unobstructed.  Because the third left on the bottom or top of a strip is created the same way, i.e. by removing two-thirds of the depth of the strip, two of the strips may be cut in the same manner.  A second type of cut, in which the middle third of a strip is retained, is required to complete the joint.

First, one group of strips are cut at regular intervals, two saw cuts defining the edges of each joint.  The strips are then cut at the same intervals, this time in the opposite direction, so that the new saw cuts form x’s with the previous ones. 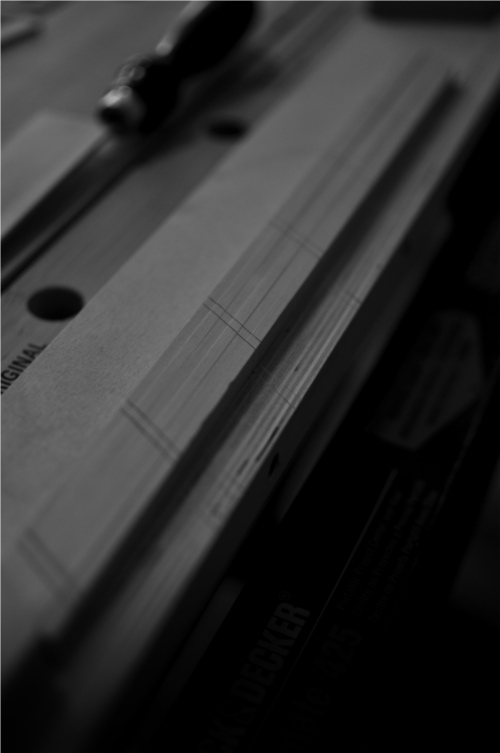 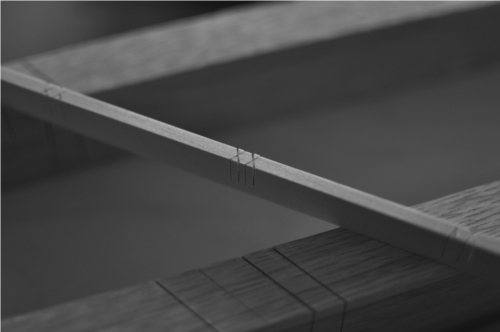 Four cuts define the edges of the joint

For the second type of cut, the same angled cuts are made at the same intervals, but their depth is restricted to one-third the height of the strip.  The strips are flipped, and the cuts repeated.

In either case, the waste between each pair of saw cuts is removed with a small chisel. 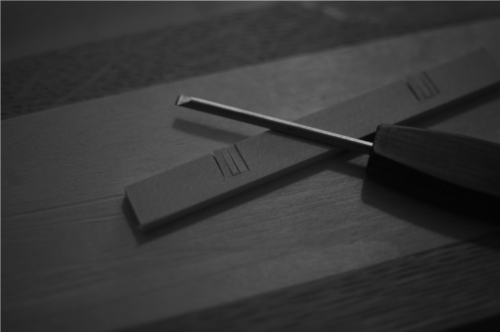 The waste between the saw cuts is scored at the bottom of the kerfs... 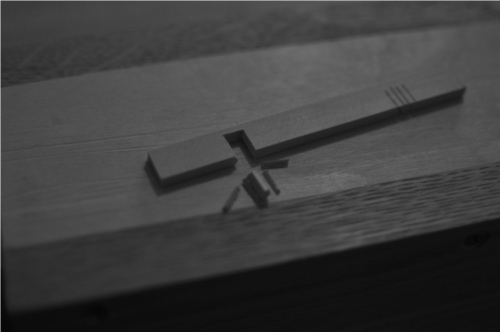 At the end of this process, I’m left with small armies of two different types of strips.  The next step is to put them all together to form a lattice and start filling in the resulting triangles. 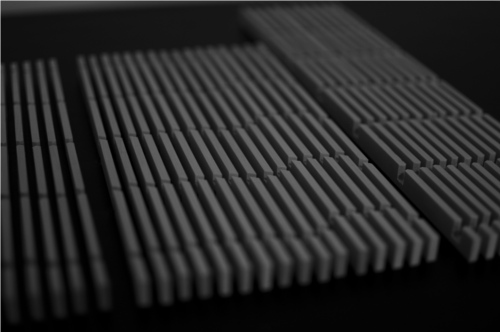